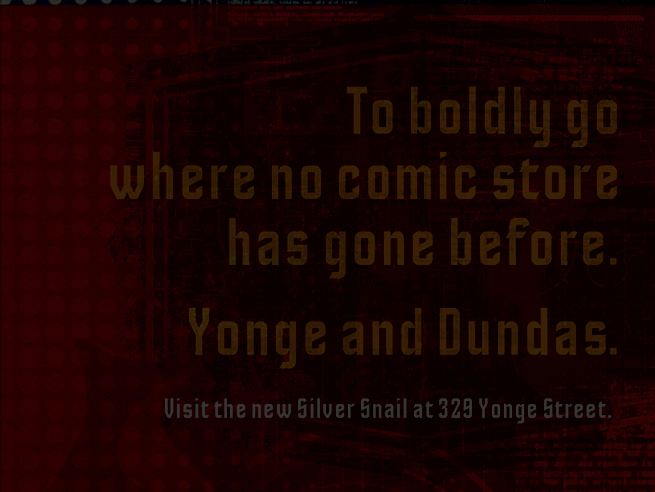 Every once and a while we the creatives need to stretch our minds a bit and step away from the day-to-day. Commonly known as “Dog Walkers”. However, in this case the owner of Silver Snail was a great sport and these posters did get produced and found there way onto Toronto streets in a limited edition. 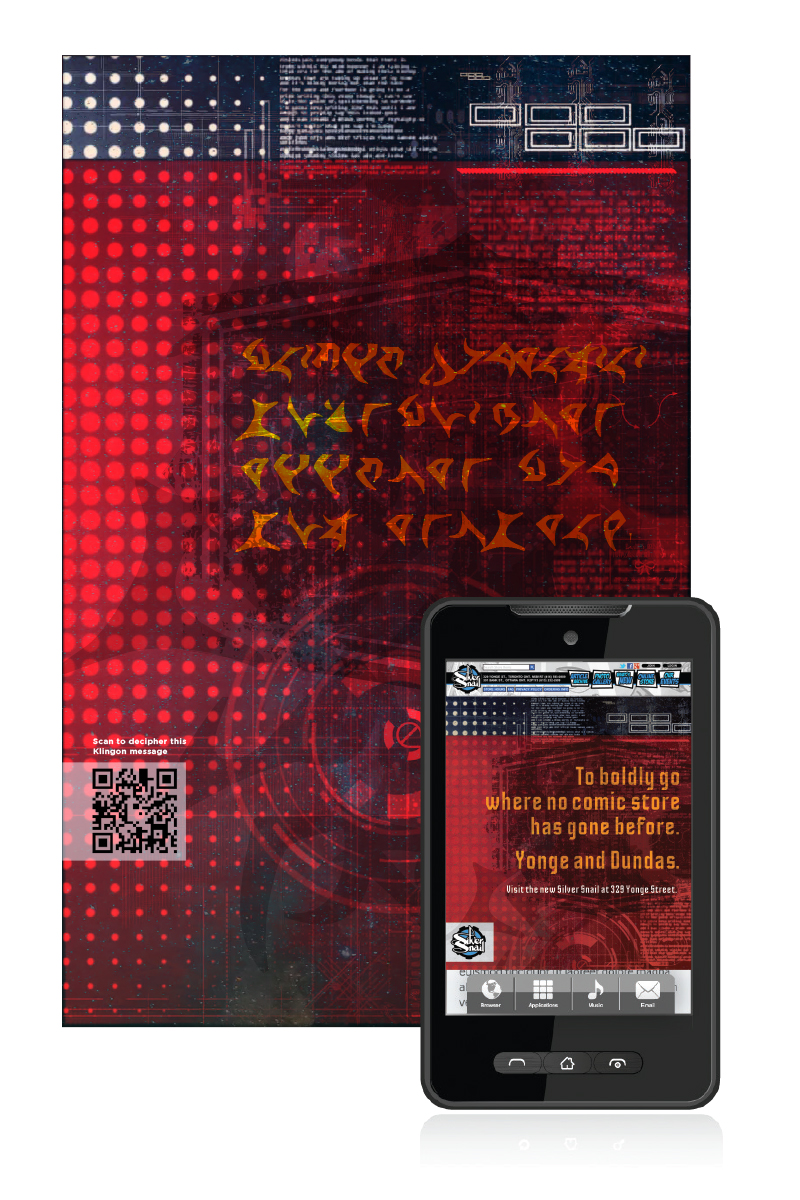 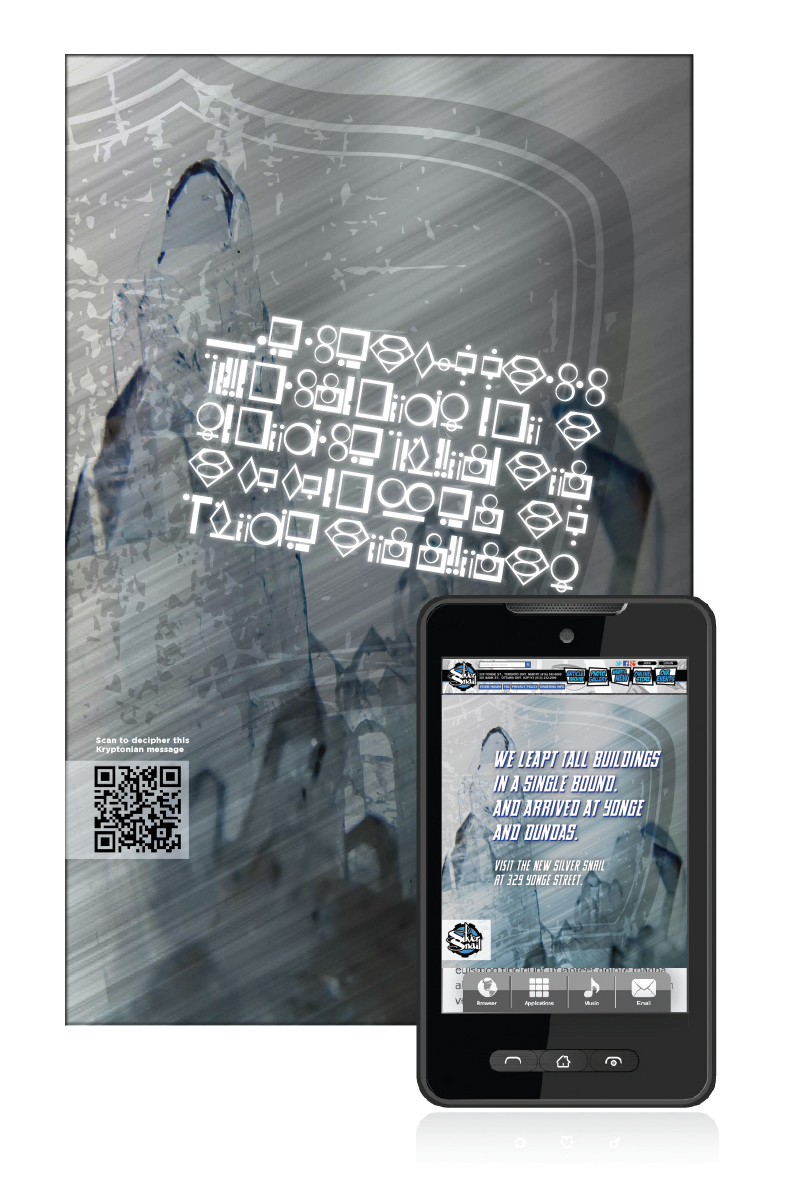 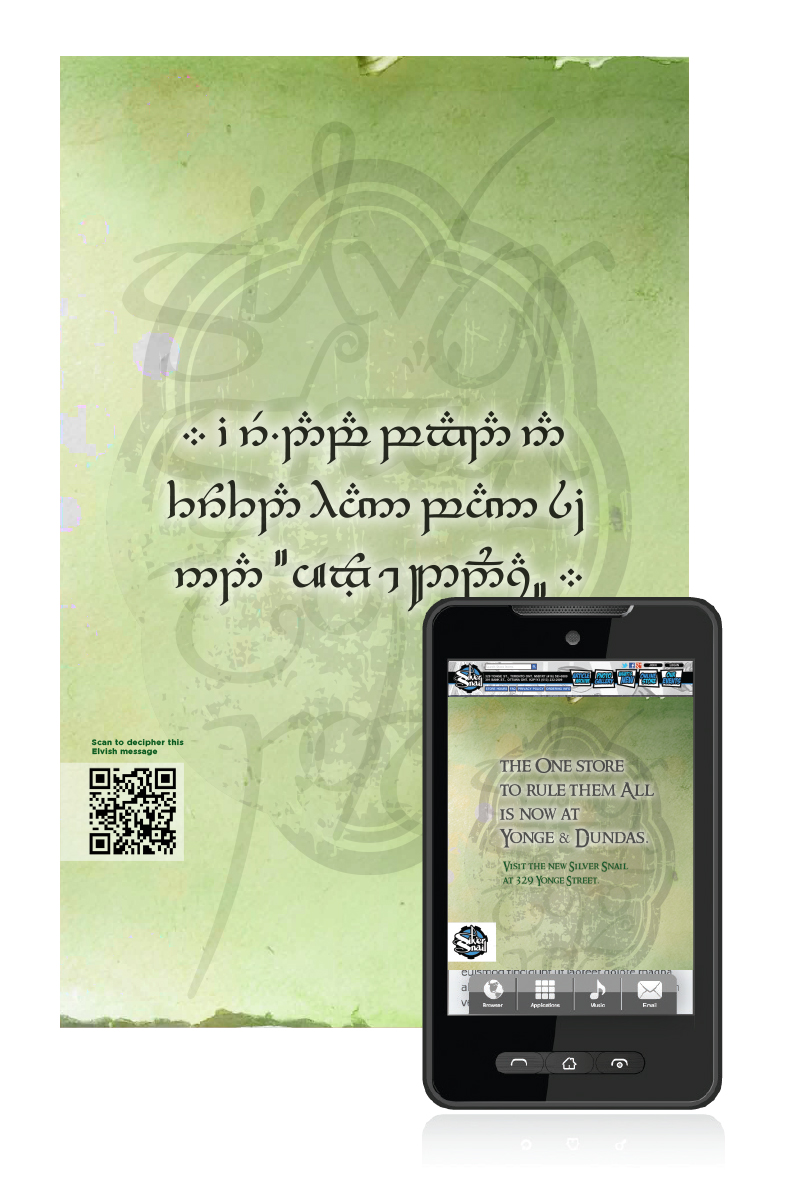 2012 / Cheil / Silver Snail Comics + Collectibles. The iconic Toronto comic store was moving for it’s long standing location. So we came up with a very cool and targeted way of letting their fans and customers know about it. Our writers wrote the copy in English and we translated it into three classic fictional languages – Klingon, Elvish and Kryptonian. The posters told people where the new location was and when they would be open. The series of three posters each had the look and feel of the language. Of course there had to be hook, and the cool thing was that although we know there were fans who could read these as is, but if the user didn’t understand these posters they could simply scan the QR code they would be directed to a translation version of the poster in English.