The Silver Snail Halloween Party is epic and the posters for this great event needed to be smart, simple and be something wanted to steal. And they did. We managed to print these and plaster them around downtown Toronto. 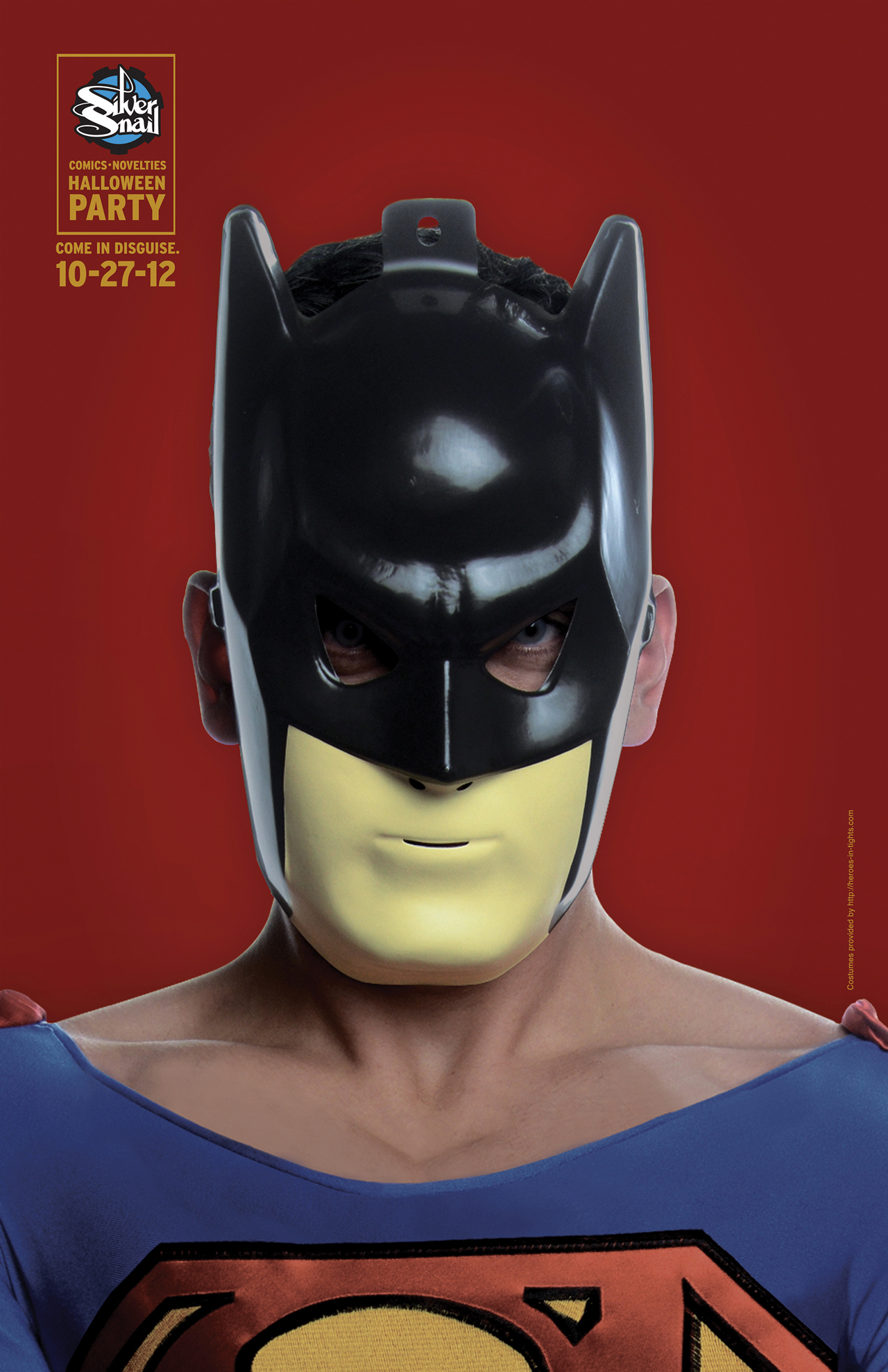 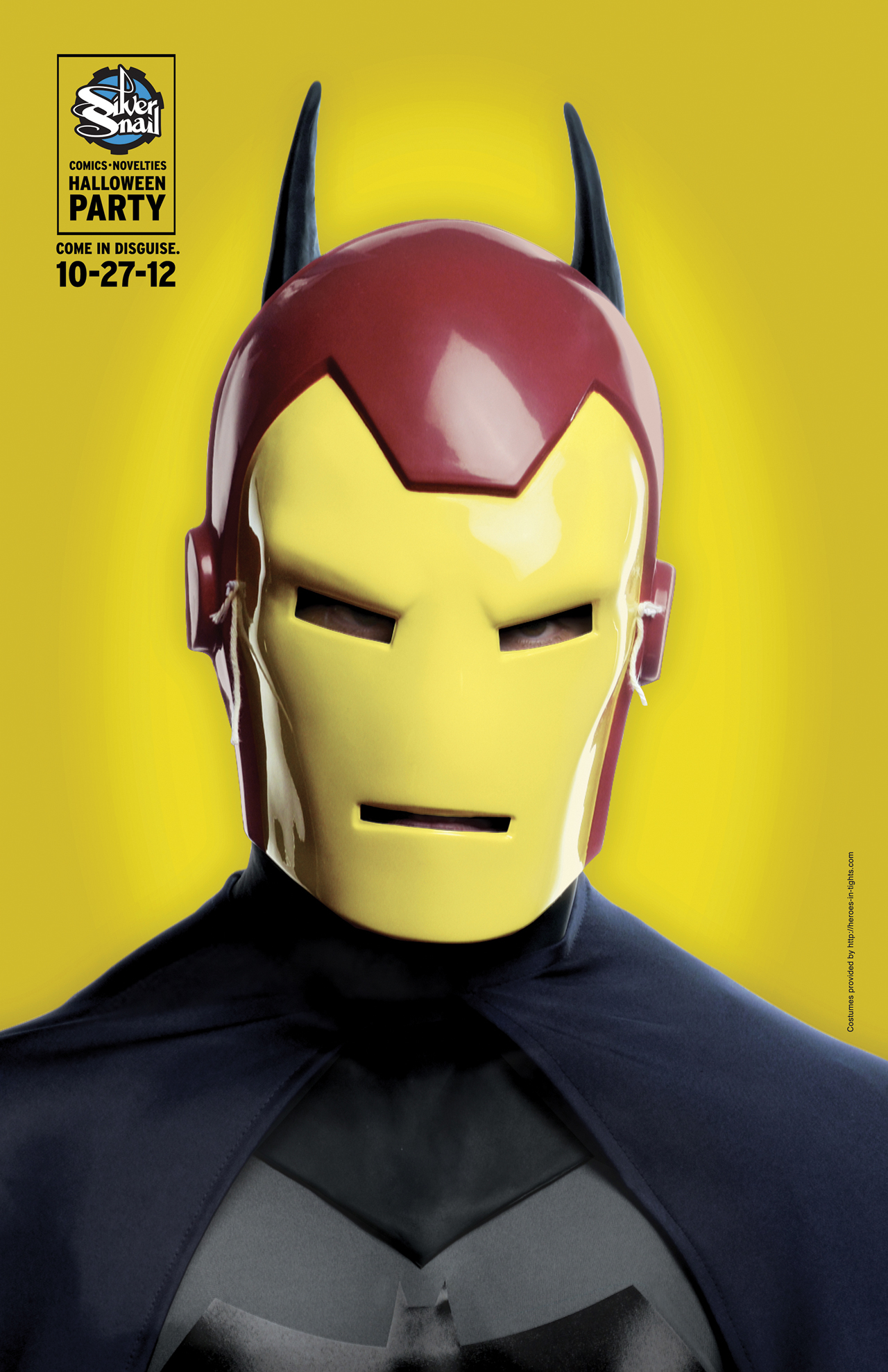 2012 / Cheil / Silver Snail Comics + Collectibles. We approached the iconic Toronto comic store to create a really cool and awesome sauce poster to promote their famous annual Halloween Party, where everyone dresses up in their favourite comic hero or villain. But hey, what if Batman wanted to come to the party who would he dress up as? Well Ironman of course. And that was the simple idea that the Cheil creative team came up with.

And from that we had one of the most collaborative projects I have ever had the chance to work on anywhere that I have been. Everyone pitched in to assist from getting a photographer to shoot these in studio. To tracking down the costumes and the super cheesy  masks. To being models and helping on set. My part was as a designer and production of these babies, pulling in some favour and actually oversize printing these and getting them on the streets.

These really fun series of three posters simple had one hero dressed as another. And that combination of excellent costumes and the dollar store masks gave these that little extra bit more. It’s also why we made it in Lürzer’s Archive – Vol.1 2013.