As a sponsor of Hockey Canada and the World Junior Tournament, TELUS wanted to show their support at their Toronto office beside the ACC host of the 2015 IIHF WJC. They gave us a sweet project to design their HQ office window right beside ACC with a message of support for our players. 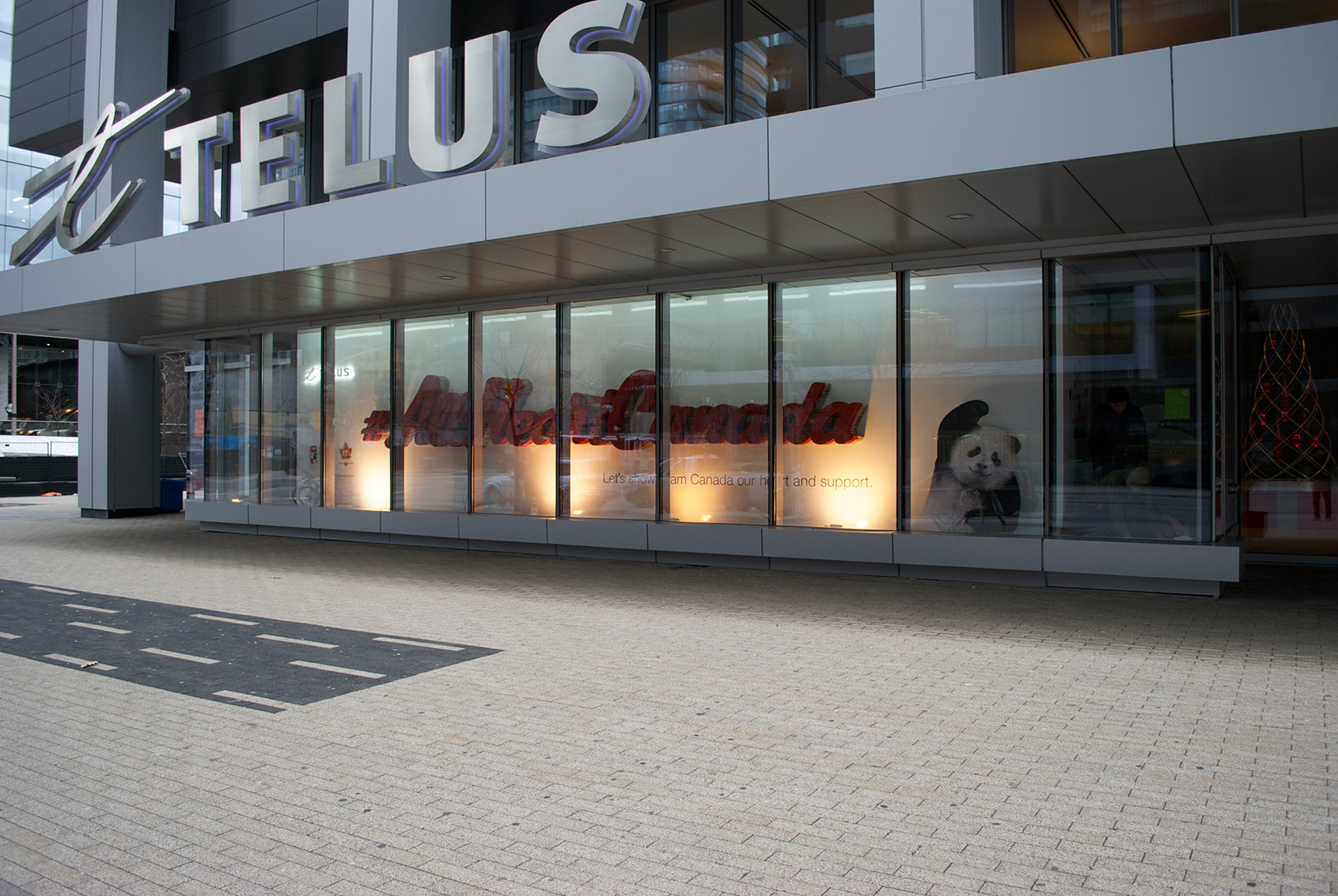 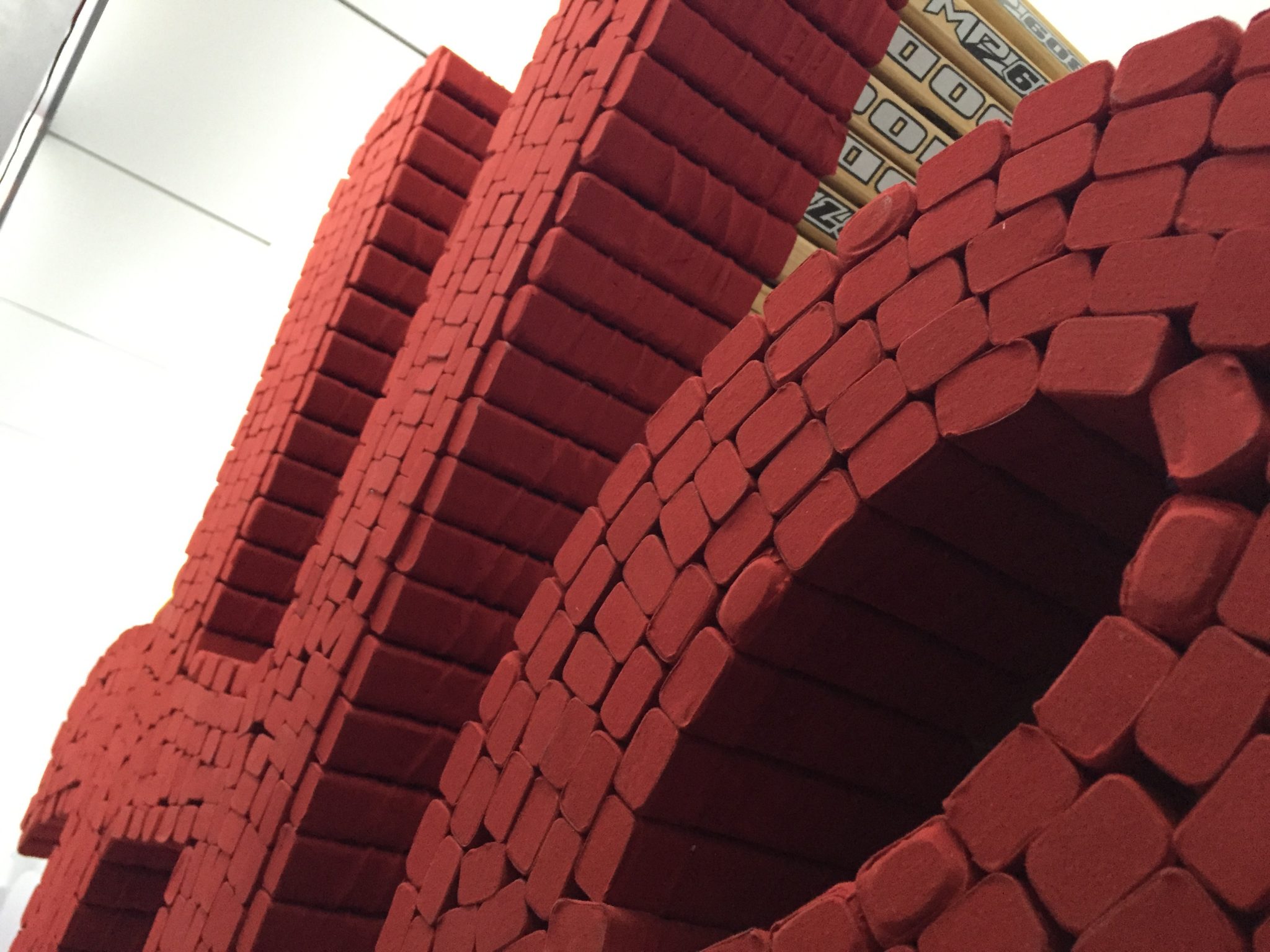 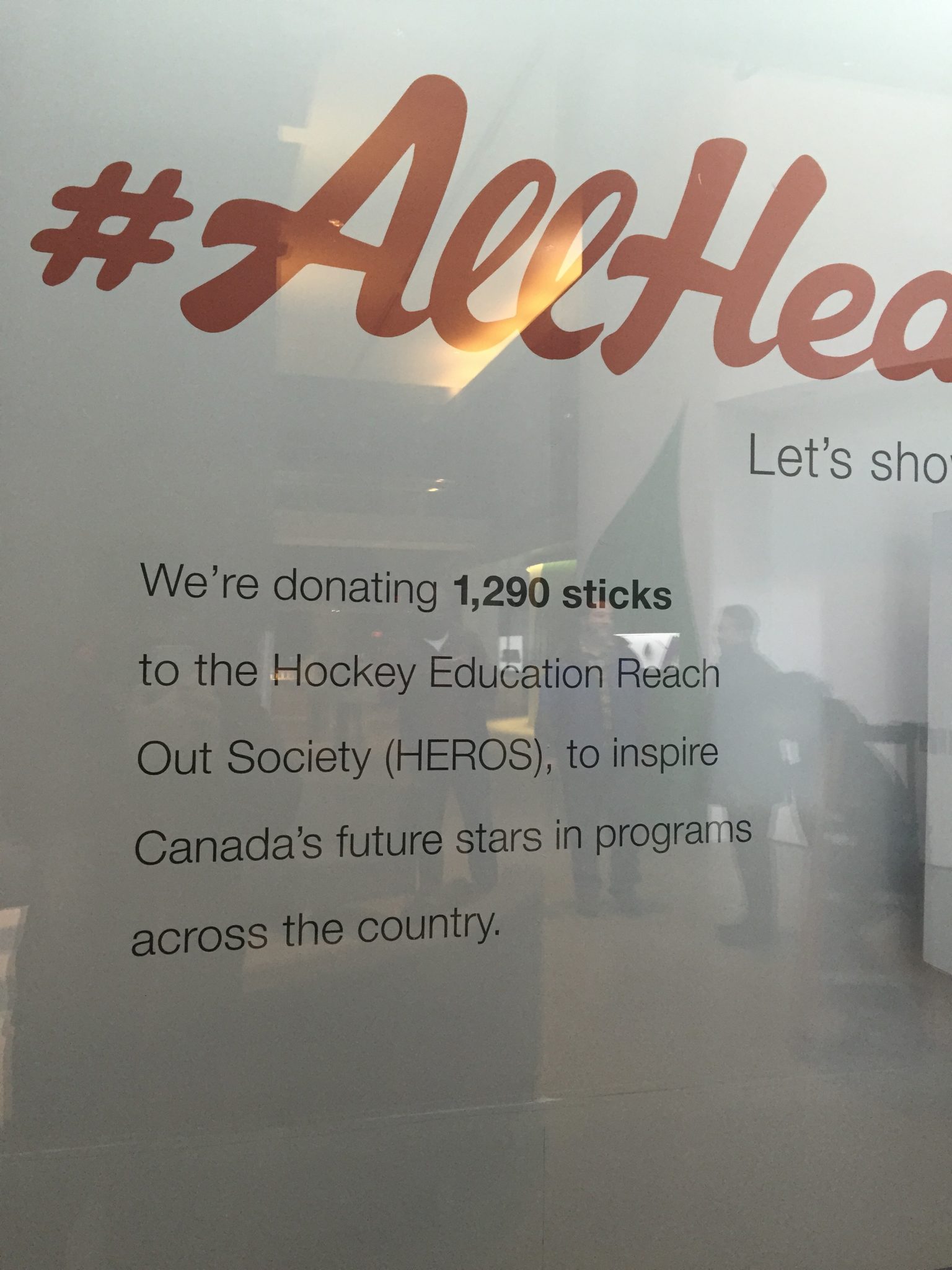 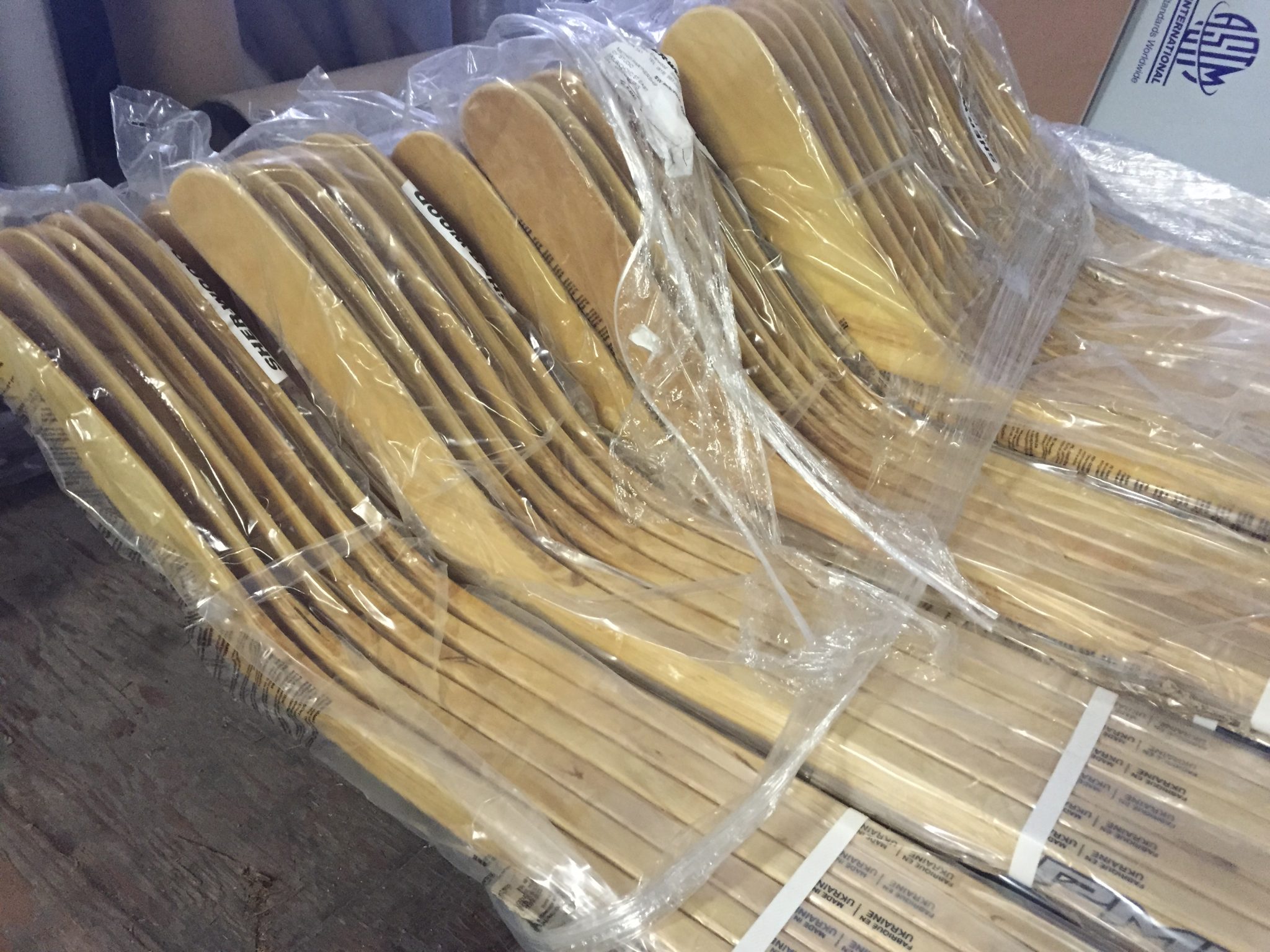 2015 / The&Partnership / TELUS. I have kerning lead type, wood type, digital type, aluminum type and PVC type, but never had I kerned hockey stick type. This was one of the best projects to have the chance to work on, not only because we were supporting our boys in the World Junior Championship, but it was also a massive team effort to get this done with the quality we all wanted. From Travis (my CD), Chris (my writing partner), our production team and all the fabricators.

The idea of making a the hashtag “All Heart Canada” was simple but would have dramatic impact at street level as fans poured to the ACC for all the well attended games.

We had seen that other art and retail window installations had been done using type and all sorts of materials before, but we hadn’t seen hockey stick. This was a very cool window to make and see live. And we had the extra good feeling of helping out. Every stick that was cut and taped – hockey player style – was matched with a donated (and yes complete) hockey stick for charity. A total of over 1,200 sticks were sent to HEROS – a Canadian charity who help kids play hockey that may not have otherwise been able too.